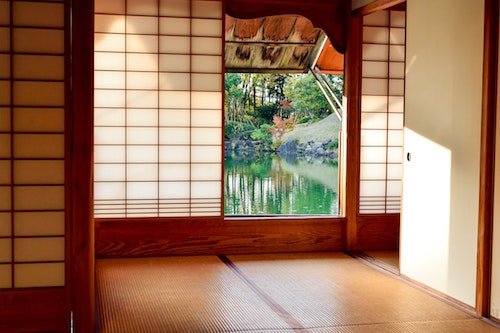 Entries for this year’s World Nomads travel writing competition are in – here is Meg Crockford’s entry:

If there is one sure fire way to get to know the locals quickly, it’s to strip down to your birthday suit and scrub--dub with them. And rub they did, but I’ll get to that. An onsen is a traditional Japanese bathhouse and I had one conveniently located in the lobby of my hotel in Yonago. Just like an Aussie day spa, this one also offered treatments.

Upon arrival, a well-presented woman assisted my friend and me, but she spoke only Japanese. So, we did what every seasoned traveller does. Spoke loudly, used large gestures, and continued to repeat ourselves in English. Eventually, we all agreed a facial is what we wanted.

The bath area was full of Japanese women of all shapes and sizes. While it felt like everyone was staring at the westerners who were standing awkwardly in the corner, we soon realised that in a culture where group bathing was the norm, everyone went about their business with little fuss.

We were called for our facials and were lead to a room that resembled an industrial kitchen. There were no fluffy towels or white linen on the beds, instead waterproof mattresses covered the two steel bed frames that were in the middle of the room.

Instructions were given in Japanese and broken English, and we guessed they wanted us to lie down on the beds. Smiling and nodding at the staff and each other, then at the staff, then each other again, we climbed onto the beds. “Ah sorry, no” was the next instruction, followed by a hand gesture that signalled they wanted us lying face-down. “For a facial!” my friend exclaimed. We giggled like schoolgirls as we had absolutely no idea what treatment we had ordered!

Turns out it was facials which also included a full-body massage. It wasn’t like a typical I’d experienced with soothing aromatic oils. Instead, water from an object that resembled a fire hose was sprayed all over me, followed by a foaming detergent-like soap. The massage consisted of hands rubbing vigorously up and down each limb of my body. There was lots of intense rubbing which felt strange but surprisingly pleasant.

The delicate exfoliating of my face, followed by the scented mud mask awakened my skin and sent me into a tranquil state of relaxation. It wasn’t long, however, before the very invigorating body massage continued, this time on my front. The beautician was now firmly rubbing my boobs. I’d never had a boob massage before. I began to giggle again and wondered if my friend was getting the same ‘facial’ me. Perhaps next time I’ll just order the foot massage?