Why I Wouldn’t Change A Word Of This Script 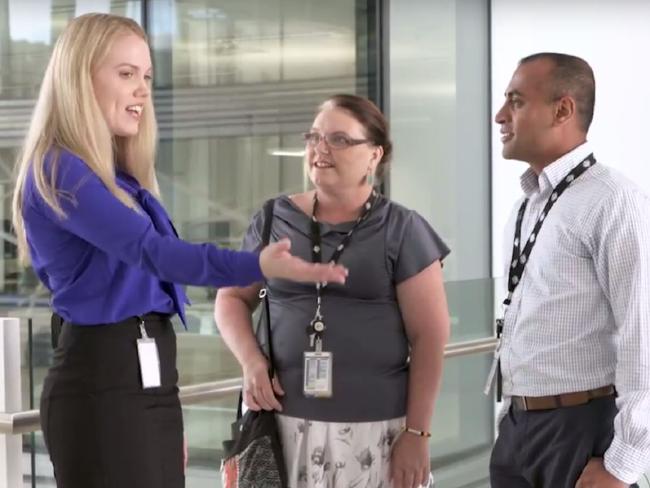 That’s how the new recruitment advertisement for the Department of Finance has been described, but I think it is one of the BEST (yes I’m writing best in capital letters so you gain the magnitude of my statement) scripts to be heard on our televisions this year.

Before you wear out your keyboard commenting in disgust to what seems like an outrageous opinion, let me explain.

To begin, let’s do a quick recap of the topic at hand.  The Department of Finance recently released an advertisement (which to my horror has since been pulled) to attract new recruits, and in the process allegedly spent $40,000.  It has been shamed publicly for its terrible scripting and even worse ‘real people’ performances.

Here are a few lines of the highly ridiculed script to bring you up to speed:

“Hey guys, I’m just heading downstairs for my paleo pear and banana bread. Would you like to join me?”

“No thanks, it’s a little bit fancy for me, I’m actually off to an Aboriginal and Torres Strait Islander staff network meeting.”

“Hey, this year’s grads are real game-changers. I’ve heard some fantastic reports about their work.  They’ve certainly hit the ground running. Or actually, I should say sprinting.”

You get the idea.

The scriptwriters for this campaign should be showered in awards. Their script is so bad, it’s good. Award-winning good. Whether they are aware of it or not, they have actually managed to create one of the biggest PR campaigns we’ve seen so far this year.

Did they secretly do this on purpose?

The advertising agency and the Department of Finance haven’t pulled the advertisement from our screens because of its ability to make viewers squirm in their seats and look away with embarrassment.

No, they realised they only had to play it once or twice before anyone with an opinion would publicly make one – which in this day and age seems to be every person and their hamster.

Why pay thousands of dollars to have the advertisement repeatedly shown on television when every broadcast network, news outlet and person with a Facebook account will replay it for you, and for free?

In the past few days, it seems that everyone in the country has talked about, poked fun at, and relentlessly shared it a hundred times over.  Before I read the news yesterday I didn’t know that the Department of Finance had a new television ad, nor did I know that they were looking for new recruits.

So, would I change the script? Absolutely not, it’s done the job, whether intended or not.  Everyone is talking about it, and everyone will remember what was said.